It’s that time of year, Prom Time. And Harper needs a prom date. Which guy will she choose, Farkus or Caleb? Our head cheerleader Harper has a tough decision ahead of her, should she choose the brainy boy or a cute artistic guy, or will there be an even greater surprise prom proposal and dance battle by the end of the day at Pop Music High. So after the girls put on their makeup and prom dress for a night of dancing, Harper makes a surprise decision. This fun video and catchy pop song for teens will have you singing and dancing along in no time. Featuring Margeaux Jordan as Harper the cheerleader, Andre Meyers as Caleb the cool guy, George Mclachlan as Farcus the intellectual artist, Julin Jean as Principal Perkins, Blake Burt as Ace the jock, Ashley LaRae as Farrah the supporting cheerleader, Jemma Dallender as Liz the supporting cheerleader, Lindsey Jean Roetzel as Loretta the cool nerd, Weston Meredith as Wes the baseball player, Patrick Brown as Zach the class clown and Jenn Barlow as Zina the flowery hippie.

Welcome to Totally.TV, the totally fun channel just for teens! We'll have you laughing, singing, and dancing everyday with our challenges for teens, princess adventures, comedy sketches, princess rap battles, original music and so much more! 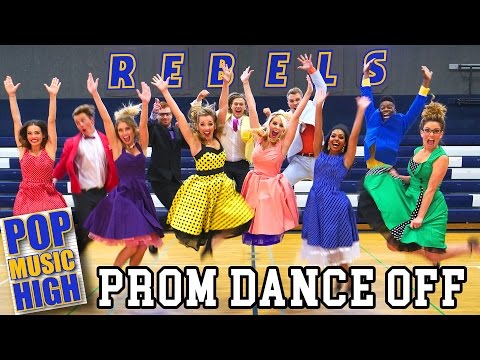